THE GROWING IMPORTANCE OF SCALEUP BUSINESSES 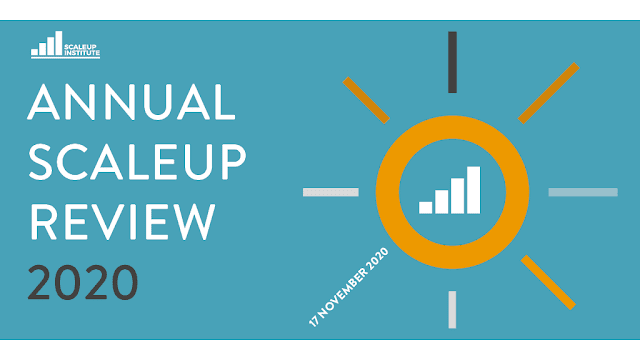 Earlier this week, the Scale Up Institute produced its annual report into the state of high growth businesses in the UK. It showed that scaleups - those businesses growing by more than 20% per annum by employee or turnover growth (or both) – continue to make a substantial contribution to the UK economy.

The research identified a total of 33,860 scaleups in the UK that generate a total turnover of £1 trillion which represents half of the total contribution by all UK SMEs despite making up less than 1% of the SME population. They also employed 3.5 million people and the total number of scale-ups has grown by more than 25% in the period 2013-2018.

Scaleups also continue to be more productive than other UK businesses across almost every sector of the economy and, more importantly, exist in all sectors with most being found in wholesale and retail, professional, scientific and technical, and admin/support services.

Whilst we have been identifying and celebrating the fastest growing Welsh firms for the last twenty two years through the Wales Fast growth 50, it is worth noting that despite initiatives such as the Accelerated Growth Programme and the creation of the Development Bank of Wales, the report shows that the Welsh economy does not perform as well as other parts of the UK in terms of developing scale-up businesses.

This relatively low performance could be explained by the Institute’s examination  of what are the key drivers of scaleup growth in the economy.

The first is high skills namely the proportion of 16 to 24 year olds in a given area with Level 4+ qualifications. These are associated with faster scaleup growth and given this, it’s not surprising that higher levels of education and skills should be a priority for policymakers looking to boost economic performance. In addition, businesses should focus on finding skilled individuals who can transfer ideas and generate innovation.

Whilst growth can occur in any industry, the study shows that sectoral clustering and hubs have a positive effect on scaleup growth as it allows firms to share resources and transfer knowledge. Interestingly, whilst having a good cluster and proportion of businesses from a given industry does support increased scaleup growth, the analysis also shows if it becomes over concentrated in any one industry, then the growth effects are diminished as areas become reliant on that industry. This is an interesting lesson for policymakers in Wales who have had a tendency to focus on the development of a few key sectors whilst ignoring others.

Finally, the study looked at the amount raised by SMEs through equity investments per 100,000 people. It showed that areas with access to larger amounts of equity finance tend to have faster growth in the number of scaleups whereas higher levels of lending, in contrast, showing no clear relationship with scaleup growth. In other words, equity funding is a driver of scaleup growth while debt is not and highlights its importance in building scaling businesses.

Unfortunately (and despite the best efforts of the Development Bank of Wales) there is still a concentration of equity funding in London and the South East of England and getting better access to this type of funding has to be a priority in the levelling up agenda of the UK Government going forward.

In terms of challenges, access to markets remains the biggest issue for scaleups with 81% stating that it is a vital or very important factor in the future growth, significantly outstripping all other barriers in 2020 although access to talent also remains a key barrier to enable growth. Critical thinking is the most desired future skill, in demand by 70% of scaleup leaders although only three in ten are confident that they will be able to source employees with this vital skill in the future.

And whilst many say they are interested in working more collaboratively, only three in ten have actually worked with either large corporate or universities in the last three years. However, they are internationally-focused with half of them currently exporting with Europe remaining the main market although 42% are trading in other countries and see real opportunities in Australasia, the Middle East, China, India and the rest of Asia.

Therefore, whilst the number of scaleup businesses are growing across the UK, the performance in Wales remains lower than many of us would want to see.

As this column suggested last week, there are interventions that can be made to encourage higher productivity amongst SMEs and the same is true of supporting those Welsh businesses that have the capacity and desire for further growth.

Whether there should be a dedicated scaleup champion, as suggested in the report, is something that could not only be taken forward by the Welsh Government but could also be considered by the four city and growth deal regions across Wales. Certainly, given their disproportionate and positive impact on wealth creation and employment, we could do worse than to support the development of more Welsh scale ups in the future.