BUILDING BACK BETTER? THE FUTURE OF RETAIL IN A POST-COVID ECONOMY 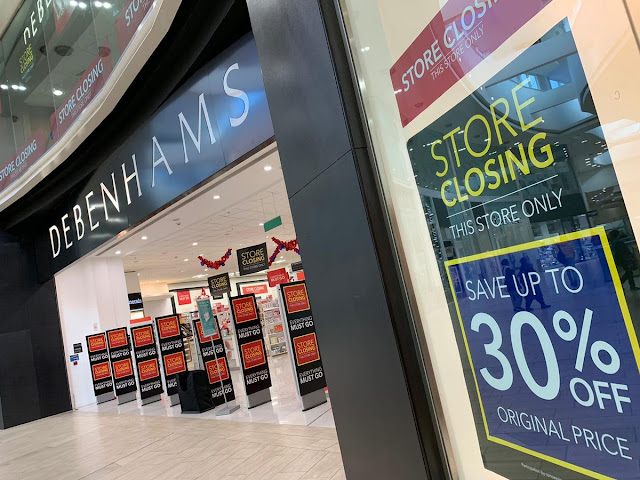 During the last eleven months of the pandemic, there has been considerable debate on whether the economy will be different when we finally emerge from our government-imposed exiles in our home offices.

Phrases such as “build back better” and the “new normal” have been bandied about by commentators and columnists in an attempt to perceive a better world for all of us as businesses re-open.

There is increasing evidence that workers across the country will be reluctant to go back to the daily grind of commuting although it is also clear that zoom meetings are no substitute for the human interactions we all crave when it comes to working with others. Whilst the demise of the office may be premature, the Welsh Government has recently suggested that 30% of people will work from home in the future. That will present considerable challenges to those councils that, over the last decade, have focused their efforts on attracting large companies to relocate thousands of workers to offices in city centres.

But as those firms that have committed to long term office leases are wondering what to do with floor space that their employees will no longer need or want, there is a bigger challenge facing the urban economy that cannot be turned around, namely the demise of the traditional high street.

To many, descriptions like brutal or disastrous do not even come close to what has happened to the retail sector across the UK since the pandemic began. With governments closing those stores selling non-essential goods for the large part of 2020 and consumers completing the move to online purchasing that had been threatening bricks and mortar shops for years, the picture of the shopping centre dominated by large brands seems already obsolete.

This was cemented by the rescue deals for the Debenhams and Arcadia retail businesses at the end of last month which saw both of them bought by Boohoo and Asos - online businesses that wanted to retain the brands but had no interest whatsoever in buying the shops that went with them.

As a result, all that will be left of stores that were part of many people’s shopping experience every weekend will be online websites with tens of thousands of jobs lost in a sector that remains, for the time being, the biggest private employer in the UK.

It will also leave large boarded up buildings that often formed the anchor to shopping centres across many towns and cities. The current financial situation means that these are unlikely to be filled by other retailers or, given the state of the hospitality industry, those chain bars and restaurants that have also been hard hit by recent events.

That will leave smaller city centres, such as Newport, in danger of becoming places that no-one will visit for the simple reason that there will be nowhere to go. Not only has Friars Walk, - the city’s flagship shopping centre - lost its key tenant Debenhams but other major brands such as Topshop, The Body Shop, Schuh and Flying Tiger have also closed their doors for good.

But whilst it does have more empty shops than any other high street in the UK, this situation is not unique to Wales’ third city and it is clear that the dependency of towns such as Bangor, Carmarthen, Llandudno, Llanelli and Wrexham on major stores such as Debenhams will lead to similar problems in the future.

Yet despite this perfect storm of retail closures and the explosion in online shopping combined with the potential of fewer office workers commuting in the future, there has been little serious discussion or debate about the future of town and city centres, especially here in Wales. This is despite a survey from the Local Data Company showing that over the period March-Dec 2020, 541 retailers closed their doors in Wales along with 174 pubs, restaurants and cafes.

Given this, how can large shops now be repurposed for health and educational purposes? If the office is to survive, how do we encourage businesses to move back into those city centres that have been largely abandoned in favour of out-of-town developments?

How can city centres transform themselves into experience-led destinations that people want to travel to? How can creating co-working spaces in some of our more deprived communities enable people to work closer to home and revitalise those town centres that are largely empty during the week? How should planning regulations be relaxed so that shops can be transformed into other business uses quickly and easily?

These are all important questions for the future of the economy that are not currently being discussed in any real detail which is disappointing given that one in five Welsh jobs are based in sectors such as retail, food and accommodation which make up the heart of towns and cities.

And whilst the increase in online shopping and the demise of brick-and-mortar stores may finally push policymakers into changing a business rates regime that is long overdue for an overhaul, it is now time for a debate amongst local councils, the Welsh Government and businesses as to what needs to be done urgently here in Wales to ensure that we retain those high streets, possibly in a very different form, that have been a vital part of our economy for many years.