BETTER INNOVATION IN WALES CAN LEAD TO A BETTER ECONOMY 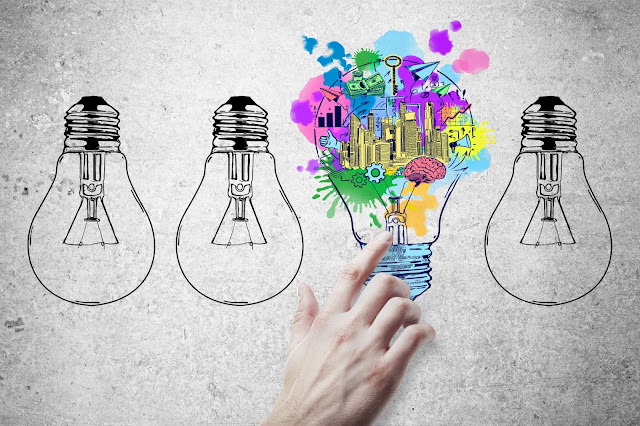 Innovation is one of the key drivers behind the most competitive economies in the World.

Yet as various studies have shown over the last decade, Wales is one of the least intensive nations or regions of the UK in terms of research and development (R&D). This is not only in regard to the considerably lower levels of research funding attracted by the university sector over the last two decades but also in terms of the lower levels of expenditure by Welsh firms on R&D which means that only a third are active in terms of innovation across the economy.

This is despite hundreds of millions of pounds of European funding being focused to boost innovation since devolution which, unfortunately, has largely failed to increase the performance of either higher education or the private sector relative to the rest of the UK.

So what can be done to improve this? That is the subject of a recent paper by two of our leading thinkers on innovation namely Professors Rick Delbridge and Kevin Morgan of Cardiff University.

Both academics pull few punches in this important contribution by suggesting that whilst a research-intensive, innovation-led economy should be characterised by flows of ideas and collaboration between industry and academia, existing approaches are inadequate and Wales’ key institutions are not fit for the purpose of delivering this new agenda.

To address this, they suggest four ways in which higher education and the public sector can better engage in innovation activities.

The first is that of a National Innovation Body for Wales which, whilst working with the Welsh Government, would have the power and resources to act independently to secure funding for innovation. More importantly, it would bring contributors together from the private, public and third sectors to build the capability and capacity that can make a real difference.

This development is long overdue and would be a boost to ensuring that Wales begins to close the research and innovation funding gap that continues to undermine the economy’s competitive position.

Second is the proposal to establish a “Bevan School of Government” which would focus in creating a more innovative civil service in Wales that would be able to create a new generation of public servants who would have the ability to focus on real-world industrial and societal problems.

Whilst this is not a new suggestion, it is clear that there is a need not only for greater innovation within government, but also more innovative thinking from those who develop and implement policymaking across a range of areas that affect our daily lives. Again, this could be a groundbreaking move that would give Wales an advantage relative to the rest of the UK.

The third idea is to introduce Industrial Collaboration Zones in different parts of Wales that would “leverage all R&D and innovation drivers, from fiscal and tax levers and incentives and deregulation of land use, through to co-location of expertise and research facilities, to deliver the commercial missions from research through to development and innovation”.

In other words, they could make a significant contribution to supporting growth in local companies across Wales by embracing a range of research, innovation and education and training activity that would have an impact in all regions.

Whilst this idea is not new and was initially proposed by the National Centre for Universities and Business, Wales could gain first mover advantage if it implemented these as soon as possible and created the foundation to boost local innovation across the economy.

Finally, Wales should focus on becoming the place for mission-driven thinking. In particular, it is suggested that rather than focusing on the negative aspects of having a large public sector in Wales, this should be turned to the nation’s advantage by utilising government to drive forward purposeful conversations and collective action around the big challenges of the day and to make co-investments that align with those challenges such as recovering from covid, climate change and low productivity.

Of course, these are not unique to Wales but by bringing together key stakeholders, government can help to build up the capacity, expertise and capability to deal with these within Welsh institutions.

Therefore, as this paper from Professors Delbridge and Morgan shows, investment in better innovation is key to changing the economic fortunes of the nation as we focus on recovering not only from the worst downturn in over three hundred years but a pandemic that has changed the way that society will develop in the future.

With the UK Government looking to spend vast amounts of funding on research and development and innovation over the next few years, Wales must be in a position to take advantage of the opportunities presented by these increased resources.

Certainly, these important proposals will ensure that universities and the public sector which have underperformed in recent years when it comes to innovation are able to take a massive step forward in developing the capacity to do this.

One can only hope that the next Welsh Government will have the courage to do so in order for Wales to finally begin to develop its own solutions to address the innovation deficit that, twenty two years after devolution, has been a drag on closing the gap in economic prosperity with the rest of the UK.