THE EVENTS INDUSTRY AND ITS IMPACT ON THE UK ECONOMY 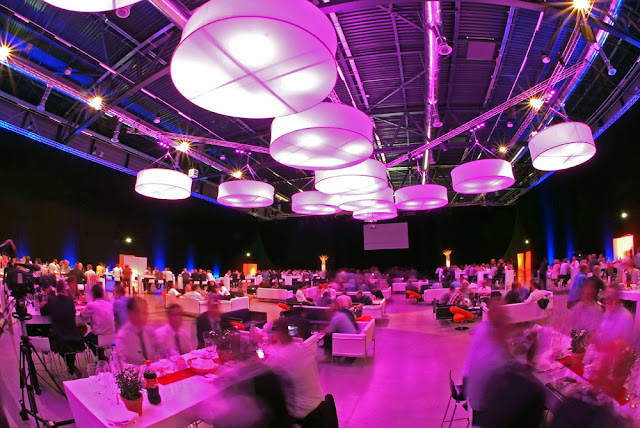 During the pandemic, the events industry across the UK was hit hard as venues were shut, Covid rules were brought in to restrict attendance and there was a general reluctance by sponsors and businesses to get involved in a situation where uncertainty and cancellations were the norm.

Whilst there was a shift to online events and meetings and there was some success in making this transition, this did not make up for the lost revenue from holding live events across the UK.

Given that much of the sector was essentially stopped from working during the last two years, it is easy to forget that the event industry is a significant contributor to the UK economy, with a recent report submitted to the Department of Digital Culture Media and Sport estimating that the industry generates £84 billion every year with conferences and business events generating over £18 billion in direct spend annually.

Of course, nothing beats attending a live events as opposed to sitting in front of a computer as one participant in a virtual event. As someone who has been involved in organising business awards for nearly a quarter of a century, I experienced this first hand when the Wales Startup Awards and the Wales Legal Awards went online in the Autumn of 2020 when there was no other alternative given the country was in lockdown.

Whilst both awards were well received by the participants, it was clear that they were a poor substitute for live events. Indeed, when the Wales Startup Awards were organised as a live event at the Depot in Cardiff in June 2021, it sold out in days and became the biggest business event of the year with over 650 attendees, demonstrating how the entrepreneurial community wanted to get together to celebrate their achievements together.

In fact, the success of that event directly led to the expansion of the Welsh awards into the National Startup Awards to celebrate new businesses across the UK. Having received over 2600 entries from across the UK, a shortlist of 900 startups from the nations and regions of the UK was announced this week with the finalists having a collective turnover of over £300m and employing 600 employees (despite being new businesses less than three years old).

And given the responses by these finalists already to getting back to live events, it will be great to have 5,000 people celebrating entrepreneurship in nine cities later this summer.

This positivity towards getting ‘back in the room’ with others has also been reflected in the responses to the 2022 Wales Legal Awards.

During the interviews for the finalists from the Welsh legal sector this week, all of those shortlisted for awards said they couldn’t wait to get back together again as a sector after the challenges of the last two years. In fact, one team had only communicated virtually during the pandemic and their session in front of the judges was the first time they had met face to face in two years.

In addition to attending the events themselves, many of those taking part in various awards this year have done so because it has given them the opportunity, after a difficult few years, to raise their profile in their sector or region.

In fact, many have told me that they have used their status as finalists in the awards as a marketing tool in getting more business from existing customers, attracting new clients, and getting funding from potential investors.

Having been responsible for the annual Wales Fast Growth 50 awards for the last twenty four years and the Wales Startup Awards since 2016, I am most proud of hundreds of entrepreneurs telling me that being involved in both events has made a real difference to their business.

By receiving confirmation that they are amongst the best in their industry, not only can new opportunities be created for the business but winning an award can be a real morale booster for the business, its founder and staff with considerable impact on the organisation in the future.

This was again confirmed at the judging for this year’s Wales Legal Awards where law firms were effusive about the impact of previously winning one of the categories and how new business had been gained as a result.

Therefore as the events industry opens up again across the UK, we will see businesses re-engaging in a range of different ways at live events across the country.

Yes there will be challenges ahead but I am certainly looking forward to being able to get together with businesses again later this year where everyone can celebrate their achievements and, more importantly, get back to some sort of normal in terms of just getting together again to meet, talk and enjoy ourselves with others in our industry.