BULLYING IN THE WORKPLACE 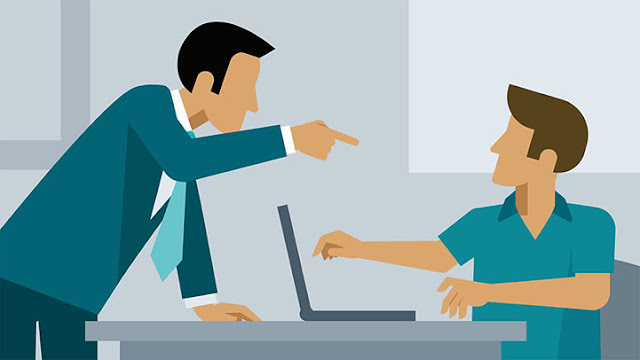 There is growing evidence that despite many organisations claiming to have more employee focused policies, bullying is on the rise within the workplace. For example, a recent study found that 75% of employees had reported that they had either been a target of, or have witnessed, bullying at work.

Another survey of 2,000 UK based employees on their experiences at work to date found that 23% of the British workforce has been bullied at work, 25% have been made to feel left out by colleagues, and 12% admitted to struggling to make friends where they worked.

As well being defined by persistent offensive, intimidating, humiliating behaviour, workplace bullying can take many forms including regularly undermining someone, unfair treatment or denying someone’s training or promotion opportunities.

As a result, this now increasingly involves the abuse of authority by senior managers, reflecting an autocratic style by some that is increasingly in conflict with the work practices of some of the best organisations in the World.

Perhaps the biggest problem is that there whilst there maybe formal policies and procedures to deal with bullying, senior managers often ignore it because there is a stereotype approach as to what bullying constitutes as it can include  exclusion, isolation, being treated differently, being shouted at, humiliated, excessive monitoring and being ordered to do work without consultation.

The problem has been further complicated in recent years by the emergence of online social networking, which means that bullying is moving from the office onto the internet with serious consequences for organisational policies to deal with this abuse.

Unfortunately, there seems to be little realisation by those with strategic responsibility for organisations, such as board of directors or trustees, that the main consequence of a bullying culture an inevitable decrease in productivity and a direct impact on the ‘bottom-line’.

More worryingly for the future of the organisation, good employees will eventually leave whilst those involved who are undertaking the bullying remain.

This will inevitably start the process again as those managers who are the perpetrators of bullying are often motivated by their own personal issues such as lack of self-confidence and envy towards other people's abilities, success and popularity.

As a result, they constantly deny responsibility for their behaviour and its consequences and are unable or unwilling to recognise the effect of their behaviour on others.

If nothing is done to address this problem, then it will have a direct effect on the performance of the organisation, negatively affecting its culture and productivity and may, in extreme instances, affect its reputation, especially if legal action is taken.

The problem is that when such bullying becomes institutionalised and results in situation where staff are constantly overloaded, where there is a blame culture amongst colleagues, and where aggressive behaviour is tolerated, there will be serious consequences for the future of that organisation.

Indeed, there are an increasing number of research studies, which show that rather than increasing performance, overloaded and bullied employees tend to work for organisations where the management style is bureaucratic and reactive, and, inevitably, its overall performance is in decline.

Not surprisingly, such behaviour hits the bottom line of the business with a recent survey by the Health & Safety Executive estimated that 17.9 million working days a year are lost to stress, anxiety and depression at a cost of billions of pounds to UK industry annually.

In contrast, those workers who go the extra mile for their employer, who feel recognised and supported and look forward to going to their place of work every day, are those employed for growing, dynamic companies where the management style is empowering and successful.

With the ‘great resignation’ phenomenon still affecting many organisations after the Covid pandemic, perhaps the simple message for all organisations, is that its employees are its biggest assets, something that some still fail to grasp even in the 21st Century. However, if these assets are affected by issues such as workplace bullying, the result could be lower performance, reduced profits, demotivated employees and, where court cases take place, reputational costs for both the organisation and the managers involved.