THE IMPORTANCE OF NEW BUSINESSES TO THE UK ECONOMY 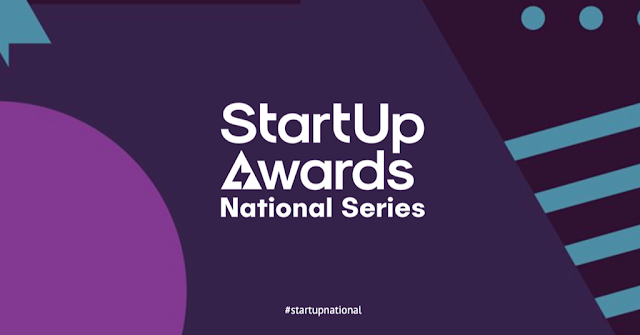 Earlier this week, I chaired the final judging panels for the 2022 National Startup of the Year awards. Comprising of over 100 entrepreneurs and business supporters who had given their time to support the recognition of the best new businesses in the UK, it was a difficult process given the quality of so many of the entries.

Having initially started the Wales Start-up Awards back in 2016 as a way of celebrating the best new Welsh businesses, I took what seems like a crazy decision last year to extend them to every region and nation of the UK.

Fortunately, I haven’t had to do this myself after partnering with Cardiff-based Ideas Forums, who organise the Great British Entrepreneur Awards, to manage the expansion across the nation.

Despite the hard work, it is has been an amazing journey with over 2,500 entries being whittled down to 900 finalists that have a collective turnover of £300 million and are employing over 5000 people across the UK.

Reading those stories of entrepreneurial talent and sheer hard work was a humbling experience, especially if you consider that every finalist is less than three years old. This means they would have started their business during or just before the Covid pandemic and had grown their venture during the most turbulent economic environment we have ever experienced.

More importantly, the diversity of the finalists and their commitment to sustainable development shows the real impact that new businesses will have on society and the economy.

As an entrepreneurship academic for over thirty years, I know there are some real examples here that deserve further study and analysis especially in determining the so-called ‘secret sauce’ that leads to business success. Hopefully, I will be able to work with colleagues on this over the next 12 months to establish a proper programme of research into these incredible businesses.

But what is clear is that there is increasing interest in starting new businesses across the UK despite the economic downturn caused by the pandemic.

In fact, the Global Entrepreneurship Monitor – the most comprehensive study of enterprise in the world - has shown that nearly 13% of UK adults are now running young businesses, which is the highest level since the late 1990s.

And most of the interest in starting a new business is coming from 18-24 year olds with some studies showing that as much as 80% of ‘Generation Z’ have aspirations to become entrepreneurs.

Of course, not all entrepreneurs are successful and around one in five start-ups fail in the first year with research showing that some of the key reasons are running out of cash, a lack of market need for services or products, and not having the right team running the business. Indeed, only half of the businesses started five years ago will still be in existence today.

Yet despite this, more people are being motivated to start a new business although the reasons for doing this may actually very different to what many people would expect.

For example, studies have shown that freedom and passion are the two main reasons for taking the plunge into becoming an entrepreneur i.e. either creating something new from scratch or being their own boss. In contrast, less than one in ten of those who start a business are motivated by making more money.

Another factor that emerged after the Covid pandemic is that of achieving a greater work life balance through more flexible working and, more importantly, not having to work for someone else and follow their rules. That is why, as part of the ‘great resignation’, people are deciding to work for themselves rather than someone else.

And what about the effect of new businesses on the economy itself?

As this column has pointed out many times, research shows that new firms less than five years old are the main contributors to job creation in any economy and the major disruptors in markets across the World. They are also drivers of social change and technological innovation and, through ensuring increased competition, help to drive up productivity.

And what we have seen this year through the National Startup Awards is so many examples of new businesses that are actually doing all of this across the UK.

Therefore, over the next few weeks, the start-up community will come together to celebrate the success of these businesses at venues in Belfast, Birmingham, Bristol, Cardiff, Glasgow, London, Manchester, Newcastle and Reading.

More importantly, there will be an opportunity, yet again, to affirm, the importance of new businesses on the UK economy and to recognise the achievements of those hard working entrepreneurs who make a real difference in so many ways.