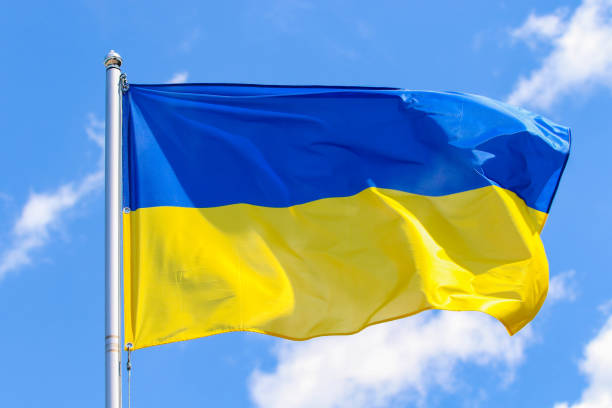 Since the day Russian tanks rolled across the border into Ukraine, nations across the World have been going the extra mile to support the people of that resilient nation.

Whilst governments and politicians have imposed sanctions and cut diplomatic ties, the private sector has also responded to the ongoing situation mainly through the withdrawal of major global businesses from Russia.

As a result, the Institute of International Finance estimated that the Russia's economy will shrink 15% this year and 3% in 2023, wiping out fifteen years of economic gains.

Whether that will eventually have any effect on the current situation is anyone’s guess but with over a thousand Western businesses having left, or are in the process of leaving, all sectors of the Russian economy have been hit hard by those large corporations ending their links with the country.

In energy, BP is divesting its multi-billion pound stake in Russian oil firm Rosneft and Shell is ending its partnership with Russian energy Gazprom. In the food retail sector, global firms including Burger King, McDonald’s and Starbucks have closed their restaurants and in financial services, major players such Deloitte, Ernst & Young, Goldman Sachs, KPMG and PWC and have shut down their offices

American Express, Mastercard and Visa have suspended their credit availability to the Russian economy and luxury fashions brands such as Gucci and Chanel, as well as retailers such as Nike, Levis and Boohoo, no longer trade in Russia.

There have also been small gestures made within the UK that may not be important in the larger scheme of things but are symbolically critical. For example, not only has supermarket giant Sainsbury's removed Russian vodka from its shelves, but it has changed the name of chicken Kiev product to chicken Kyiv, reflecting the Ukrainian spelling of the capital city.

To support Ukraine itself, many private sector businesses have begun to donate to the Red Cross whilst others have made direct contributions to support the people suffering the most from the conflict.

For example, Epic Games raised £115m million for Ukraine relief efforts by donating two weeks of income from its video game Fortnite, L’Oreal announced a donation of £90m and 300,000 products to support the growing number of refugees, and the LEGO Foundation announced an emergency donation of £12m to support Ukrainian children and families.

For global customers to be able to send money to Ukraine free of charge, the new bank Revolut has waived fees for remittances to the country. In addition, Eurostar has offered free travel to those Ukrainians with a valid visa travelling to London and Airbnb is providing free accommodation for 100,000 Ukrainian refugees.

But it is not only large global firms that are providing support and there have been a growing number of smaller companies who are also playing their part.

Here in Wales, AerFin - the specialist support provider to the aviation industry and the fastest growing firm in Wales in 2015 and 2016 - has had a longstanding relationship with Ukrainian International Airlines since it was established. As a result, it has been focussing attention on ways to assist with supporting the humanitarian challenges arising from the Russia-Ukraine war including  supporting Ukrainian refugees with job opportunities.

As a result, those who have had to leave Ukraine get immediate employment within AerFin, with on-the-job training which progresses candidates into roles commensurate with existing skill sets and previous experience. They also get  help to facilitate their arrival and relocation for them and their families here in the UK.

Therefore, with it becoming increasingly unlikely that the war in Ukraine will end soon, this is both a timely and important intervention by AerFin and something that could and should be taken up by other businesses across Wales. Certainly, I hope that others will also do the right thing soon and ensure that we provide as much support as possible to those who have suffered the most because of this invasion by Russia.