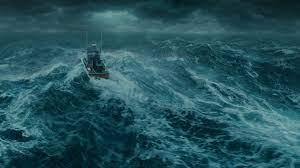 In his sublime 1997 book on the fate of the fishing boat Andrea Gale, the author Sebastian Junger defined a “perfect storm” as a rare combination of events or circumstances that results in an unusually bad situation.

This term would not be out of place in describing what is currently happening to the UK economy which is being battered on so many fronts with little respite in sight.

For example, the war in Ukraine has had an unexpected impact on energy bills in Europe due to the curtailing of exports from Russia which, last year, was responsible for supplying 40% of all natural gas to the European Union.

Whilst the UK is not dependent on Russia for its energy needs, the scramble by other countries to find alternative sources has resulted in higher prices globally which has impacted on the fuel imported by the UK with normal suppliers struggling to meet demand.

There have also been considerable supply constraints globally which have been driven by manufacturers struggling to get their goods to market after major disruptions to the supply chain both during and after the pandemic.

That would be bad enough in any circumstances but the recent Covid lockdowns in China has also meant that the World’s second largest economy is underperforming, resulting in a massive ripple effect throughout the globe. Simply put, the closure of Chinese manufacturers due to their Government’s zero tolerance approach to Covid has resulted in higher costs which have already been passed on to businesses and consumers.

Finally, there have been exceptional changes in the labour market following the Covid pandemic with many businesses struggling to fill 1.3 million job vacancies available across all sectors and employers having no option but to increase wages to attract suitable staff.

Therefore, over the last eight months, this perfect storm of increased fuel costs, increased prices for goods and increased wages have inevitably led to higher inflation in the economy. More worryingly, this has happened quickly and with inflation now hitting a forty year high of 10.1% for July, it is hard to believe that the rate was only 2.0% twelve months ago.

As a result, an increasing number of people are questioning why this has been allowed to spiral out of control. Whether it was due to a complacent Bank of England, a Cabinet that seemed to be more concerned with the press management of regular scandals or a weakened economy due to a combination of Brexit and Covid can be debated at length, but what is certain is that the failure to combat inflation is now having an unprecedented impact on everyday lives.

Not only has it been predicted that the energy price cap - the maximum that companies can charge for gas and electricity to consumers - will be increased to over £3,500 in October, the ability for people to pay such bills is being eroded through increased inflation.

Only this week, official statistics showed that the real value of workers’ wages in the UK had fallen by 3% which represented the fastest decline since records began in 2001.

And with increased interest rates being the only tool that the Bank of England has to deal with inflation, there are already predictions that there will be further rises this year following the rise to 1.75% last month. This will then inevitably feed into higher costs of borrowing for both consumer and businesses, resulting in a further drag on the economy.

Not surprisingly, the Bank of England remains confident that its strategy will bring inflation down in the next couple of years although much of that could depend on the rest of the World economy (and the USA in particular) as well as how Europe copes with managing its energy supply over the coming winter.

Therefore, if this is short term, then there is the question of what the UK Government should do immediately to deal with this cost-of-living crisis.

Unfortunately, the inertia following Boris Johnson’s resignation has not helped as weeks have been lost in developing a coherent strategy as the country waits for the election of his successor as Prime Minister. It has also taken some time for the two candidates for the leadership of the Conservative Party to acknowledge that this should be the only priority in the in-tray when one of them assumes power next month and we can only hope that civil servants across Whitehall have already prepared realistic and costed options to deal with this critical issue.

However, given the scale of the problem, this may not be something that even the UK Government can do alone and some organisations in the private sector are already examining how they can also help during this emergency.

For example, the Nationwide Building Society recently announced a one-off payment of £1200 to staff to help with the cost-of-living crisis. This follows similar schemes from firms such as Barclays, the Co-operative Bank, HSBC, Lloyds Bank, and the engineering giant Rolls Royce.

In addition, the supermarket chain Iceland has recently launched a zero-interest loans scheme of between £25 and £100 to buy everyday items to help the increasing number of families who do not have enough money in the bank to pay for the weekly food bill.

But the real challenge remains that of the unaffordability of energy for so many households across the UK with one in three falling into fuel poverty (i.e. spending more than 10% of their income on energy) by this autumn.

Whilst it is becoming increasingly attractive to consider a windfall tax on those energy companies that have made high and largely unexpected profits over the last twelve months, it shouldn’t be too difficult for such industrial giants to come together and work up their own solution that could help before they are inevitably forced to do.

It would demonstrate that when we are facing a national crisis, as we did with Covid, that everyone can play their part in dealing with this perfect storm.