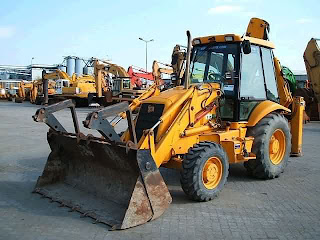 Despite being thousands of miles away in Hong Kong, I have been trying to keep up with some of the news emerging from home, despite the seven hour time difference and a hectic schedule of meetings.

One that I picked up upon earlier today was this from the People Management website in which JCB is castigated for daring not to take part in the much vaunted ProAct scheme which has been heralded as the first wage subsidy scheme in the UK.

First of all, JCB said it had examined the scheme and had not applied because the wage subsidies are only paid for employees in training.

This meant that the two Welsh JCB factories could not take part because they are just-in-time suppliers to nine JCB factories in England. As a result, they could not set time aside for training as it would have an effect on the whole supply chain.

If this is the case with JCB, what is going on with the other companies who are being targeted for the ProAct scheme? As most are in the automotive sector supply chain, could this be having a knock on effect on the overall business with serious consequences down the line for the industry in Wales?

The second issue is that raised by a small South Wales company which is involved in the scheme which claims that the wage subsidy is not a key element and, to quote,

"is peanuts – £50 a day per person doesn’t cover wages for a skilled engineer".

However, the firm lauds the £2,000 per head to buy external training as a one-off opportunity for SMEs which has helped with developing new products and markets.

So, in effect, SMEs are using public money not to subsidise wages as the scheme was set up to do but to use it solely for providing additional training for staff.

Good luck to those firms that are doing this as they probably need all the help they can get. However, it does raise a very serious question of how many of the companies actually need the wage subsidy at all and whether they should be using this programme for training support, which is normally available through other sources, notably DCELLS.

It also raises quite serious political questions as to whether large companies such as JCB are being pressurised into applying for the grant and whether other companies are being given funding regardless of whether they need the wage subsidy or not?