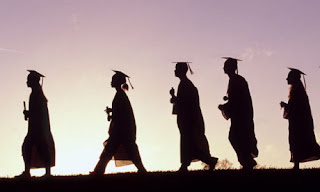 The OECD today reported that only 39 per cent of school leavers went on to gain a degree in 2007 - placing the UK 14th out 26 developed nations.

This is despite the OECD finding that men graduating from university across the western world earn £113,000 more over a lifetime than those leaving education at 16 whilst women would earn £81,000 more.

Indeed, the UK has fallen from third place in the university graduation rate table in 2000 to 11th position in 2007, being overtaken by countries such as Poland, Iceland, Ireland, the Netherlands, Sweden and Portugal.

Perhaps the most damning statement comes from Andreas Schleicher, senior analyst at the OECD’s education division, who said that it was vital that university places were expanded during the economic downturn, suggesting the UK may be worse placed to recover.

“You can clearly see for the majority of OECD countries that it does make sense… to create enough places...You can always say ‘well, shouldn't we wait until the crisis is over and then do it then?’ No, the moment of the financial crisis is when the opportunity costs are low. People have nowhere else to go...So countries who want to position themselves well after the crisis that is probably the best moment to provide enough places for people.”

A few weeks ago, I suggested that WAG could and should be using the £110 million of unspent European funding to make additional university places available to students.

If it continues to ignore this issue then, as the OECD has predicted, the Welsh economy will not be in the position to be competitive with other nations when the recession ends.