ACCESS TO FINANCE REVIEW - REFLECTIONS ON THE RESULTS TO DATE 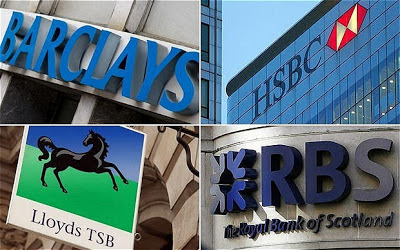 Last week, I completed the first report of the access to finance review for the Welsh Government.

This part of the work was to ascertain the current situation with regard to the provision of finance to small to medium sized enterprises (SMEs) in Wales, especially in relation to the role of the banks.

So what did we find out after over ninety interviews with stakeholders, countless submissions by small firms and a veritable mountain of data and reports?

First of all, we now know that the total lending from banks to SMEs is approximately £5 billion, with overdrafts now accounting for only 13 per cent of this total. This places the role of the Welsh Government into context, with Finance Wales having invested only £250 million into Welsh businesses since it began, which is equivalent to around 5 per cent of the banks’ current loan book to SMEs.

We also found that there is now a divergence in funding to different sizes of businesses. Whilst loans to medium sized firms had increased by 11 per cent between 2011 and 2012, there has been a decline of £175m in the value of bank loan balances to small Welsh firms, which is the largest overall decline of any UK region. In contrast, lending to small firms in Scotland increased by £246m over this period.

We also found that contrary to popular belief, the vast majority of businesses in Wales are not lending money from the banks with 69 per cent being classed as “happy non-seekers” i.e. those SMEs that had not had a borrowing event with a bank and also said that they had not wanted to apply for any loan or overdraft funding in the previous twelve months.

Therefore, only 31 per cent of SMEs in Wales have had a borrowing event from the bank or would have liked to have a loan or overdraft during the previous twelve months and of these, we estimate that the number of those unable to obtain funding from banks is around 20,000 businesses, which equates to around 11 per cent of the Welsh business population.

Therefore, those are some of the facts about the role of the banks in supporting SMEs in Wales but what are the conclusions from the report?

First of all, it is clear that there is no ‘one size fits all” solution with regard to the issue of finance for SMEs. For example, we have found that localised community-based solutions – such as microfinancing or mutual investment bodies – may be required to address the major issue of the lack of funding to micro-enterprises in Wales.

For example, very few of the businesses that are rejected by the banks for loans are referred to business support for help. If we could create a system where this happens, then this could help solve a large part of the problems faced by small firms in getting their proposals ‘investment ready for banks’ and therefore getting access to finance.

Thirdly, the Welsh Government can play a major role in supporting SMEs in partnership with other financial institutions, either by acting as a guarantor or through co-funding loans with the banks. Indeed, there needs to be a move away from a dependency solely on government funding by some SMEs towards an approach where there is greater partnership between the public and private sectors in supporting businesses.

However, we must not forget that the Welsh Government itself can help with small firms, especially in terms of issues such as late payment. We have therefore proposed that it should look to use its contracts with large suppliers to ensure that they pay smaller subcontractors within a thirty-day period. We believe this would be the first time any government has done this anywhere in the World and, if successful, could ease cashflow difficulties for thousands of small businesses in Wales.

Finally, SMEs need to appreciate that it is not only banks that are the source of funding for survival and growth. The role of the Welsh Government should be to signpost businesses to a range of other suppliers of finance as there are various funding opportunities out there already. However, the vast majority of firms tend to go to only one source – the banks – and we need better information for businesses on various sources of funding so that they can make an informed choice. The Welsh Government also needs to provide support and encouragement for new forms of finance, such as peer to peer lending and crowdsourcing, which are currently underutilised in Wales.

Therefore, we now have a better idea of what the current position is with regard to access to finance for SMEs in Wales but the real challenge lies ahead of us with the second part of the review, which will report in November.

This will hopefully take this process forward and not only examine the types of financial support that is needed to deliver the funding that is sorely needed by businesses in Wales to flourish, but the role that Welsh Government should take in delivering this.
access to finance banks finance SMEs Welsh Government