NEW BUSINESS BANK MUST SUPPORT LENDING TO SMEs IN WALES 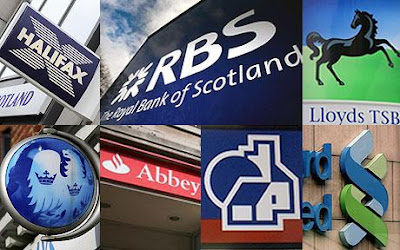 One of the most disappointing aspects of my recent review on access to finance for the Welsh Government was the absence of any detailed information on lending from the banks to small to medium enterprises (SMEs), despite numerous requests to the British Bankers Association (BBA).

It is not surprising that given the lack of information on the lending practices of banks, considerable political pressure has been placed on the banking community to publish relevant data on a quarterly basis by post code, including the total amount of lending to small and medium sized enterprises.

This pressure has finally paid off, and this week saw the publication of detailed statistics from the BBA that details the lending by the banks to SMEs within 120 postcode areas in the UK.

So what this data tell us?

First of all, total borrowing by small and medium-sized businesses in Britain, in terms of loans and overdrafts, stood at £100.3bn at the end of 2012. However, overall lending had contracted from £104 billion in 2011 to £100 billion in 2012, a decline of 4.3 per cent. This was at a time when the high street banks were keen to emphasise that they were open for business.

Of course, throughout this debate on lending to SMES, the BBA and the banks have been at pains to emphasise that the lack of take-up of loans has not been down to their own approach to lending. Instead, they have suggested that this is not a supply issue but a demand issue from small firms and the current data does partly support their case.

For example, the SME sector in the majority of UK regions is currently sitting on £125 billion in cash, a sum that is actually higher than the total amount of debt outstanding to the banks. In fact, the amount of deposits held by SMEs has actually increased by £7.2 billion overall between 2011 and 2012.

However, that argument does not hold any water in the context of the Welsh economy. Whilst the SME sector in nearly all of the UK regions have a cash surplus with the banks, Welsh SMEs had £3.6 billion of cash available within their accounts as compared to £4.8 billion owing to the banks.

And if we dig down deeper, we find that there are more localised problems regarding borrowing within Wales. For example, the three main postcode areas covering North Wales, Mid-Wales and Swansea show businesses in those areas have amongst the lowest proportion of deposits to loans in the UK.

Certainly, this goes against the BBA’s arguments on loan funding i.e. that many businesses have been building up their cash reserves and are using this to fund activity rather than take on additional borrowing. Indeed, it simply fails to explain the fact that borrowing to SMEs in Wales declined by £172m between 2011 and 2012.

This could suggest that UK Government’s current approach to stimulating bank lending may not be working across all regions.

Take, for example, the case of Business Bank that was announced in the Autumn Statement of 2012 by the Chancellor of the Exchequer. It is a fantastic idea that aims to increase the amount of lending to businesses and provide more diverse sources of finance.

With £10 billion earmarked to help get funding to businesses, the Business Bank will not directly lend to businesses but will instead work with the private sector to support and increase the capacity of current channels of finance.

Encouragingly, the Business Bank’s programmes have already started operating with £300m of funding allocated in April 2013 to encourage the growth of smaller lenders in the market. The bank itself aims to become fully operational as a new institution in the Autumn of 2014.

Many bankers, intermediaries and small firms I have spoken to about this development have welcomed the creation of the Business Bank. However, concerns have been raised that it will not take into account the real regional differences that exist across the UK in terms of funding for business.

For example, BBA data has shown that whilst the amount of lending to small firms (with less than a £1million turnover) decreased by £175m in Wales, it actually increased in Scotland by £246m over the same period. Yet, the same financial instruments will be used by the Business Bank to support small businesses in both devolved regions.

With the recovery from the recession starting within the more prosperous regions of the UK such as the South East of England, it would only be natural that the Business Bank and its private sector partners would focus on companies in these regions to the detriment of good businesses in less wealthy regions such as Wales. In fact, my research has shown that Welsh firms are already in a position where they not getting as much access to current UK Government finance programmes as they should.

Similar concerns have recently been raised by the Institute for Public Policy Research.  In their recent examination of strategies for local authorities to promote investment in the North of England, they suggested that any national business or investment bank must respond to the different regional economic contexts of parts of the UK.

If SMEs are to be supported by the UK Government, then consideration must be taken of the different regional differences that exist across the economy and conscious effort must be made to develop specific interventions to boost prosperity within poorer areas.

In this respect, the Business Bank must take this into account when developing financial instruments to support smaller firms. In addition, the Welsh Government must also lobby for this to happen, either through requesting a proportional allocation of funding from the Business Bank or by getting it to support specific programmes for Welsh SMEs.

Therefore, with the data showing that bank lending continues to fall in Wales, it is critical is that Welsh businesses get their fair share of funding available from the new Business Bank so that they can develop their markets, create jobs and grow the Welsh economy.
access to finance banks Business Bank SMEs Welsh Economy Welsh Government