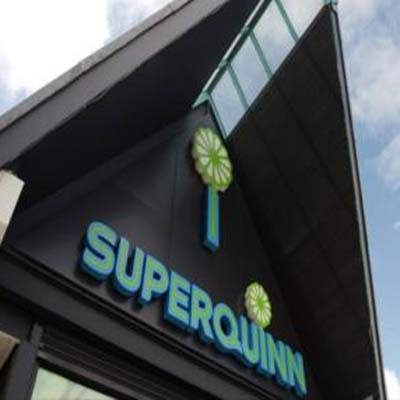 Given the increased interest in local shopping, which was discussed in yesterday's Daily Post column, I thought I would revisit an article I wrote back in December 2005 for the same newspaper.

It specifically examined how an Irish supermarket, Superquinn, encouraged greater purchasing of goods and services in Ireland through developing a new type of loyalty card.

Could it work here in Wales?

Well, as far as I can tell, something like this has never been tried in the UK but I am sure that one of the supermarkets could trial this for a period to see if consumers can be encouraged to buy local.

"When I lived in Dublin during the mid 1990s, I was astounded, on visiting my first Irish supermarket, to find that Irish goods were being promoted above and beyond the call of any retailer’s duty.

Perhaps this was because I had been fortunate enough to visit a ‘Superquinn’s’ outlet, which has a superb record of promoting Irish produce.

For example, everything sold in the shop – from food to toilet paper to clothes – that was produced in Ireland was highlighted with a Shamrock logo on the shelf front. This makes it far easier for customers to identify Irish products, which is a major complaint within many other stores.

Moreover, Superquinn’s have a policy of using only Irish products in the fresh food areas and runs many promotions that are specifically focused on increasing awareness of Irish ranges, such as an “Irish speciality food festival” and extra bonus points on your loyalty card for buying Irish goods.

And if that is not enough, just to let you know how much you are supporting the local economy, the receipt you receive at the checkout prints an “*” beside every Irish product purchased and, the sum at the end of each till receipt is divided into the total basket spend and the total spent on Irish products.

Of course, the Irish have a long history of targeting the sale of home products within their own market. For example, Guaranteed Irish Ltd – an independent non-profit company - has its brand placed on Irish goods as diverse as children's books, bags of sugar and even software packages.

The focus on promoting Irish goods seems to be making a difference. For example, recent research has shown that whilst value remains the key priority for shoppers in Ireland, almost 40 per cent of them would pay up to 10 per cent more for Irish goods, so there is scope for supermarkets to promote Irish goods and benefit from this in terms of price.

To date, no similar campaigns have been run in within any Welsh supermarkets, even though I have raised the issue with the ‘big four’ during the last decade. Certainly, the promotion of Welsh produce within many of our supermarkets and shops is woefully inadequate, especially given that we are a manufacturing nation.

Perhaps there are ‘state aid’ issues around the Assembly promoting Welsh goods in the same way that the Irish Guarantee scheme was stopped by the European Commission. Nevertheless, there is nothing stopping our economic policymakers from opening a dialogue with some of the major stores in to promote Welsh goods in a more constructive way.

Indeed, the challenge is to ensure that, like the Irish, we have a symbol identifying Welsh produce (such as a red dragon symbol) and that we know exactly how much we spend on Welsh goods at the end of every shop.

After all, if we give the Welsh consumer more information about the source of their purchases, we may well see more Welsh goods being bought in our shops with considerable spin-off for our economy."