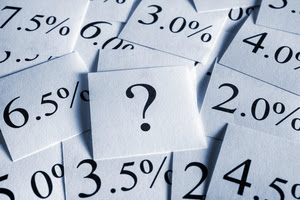 Six years on, many still blame the banks and other financial institutions for the events that led to the economic crisis of 2008 that then plunged the World into the deepest recession in a generation.

Since then, various scandals have emerged which have continued to damage the reputation of the banking community, including the rigging of interest rates such as Libor, money laundering and the misselling of PPI loan insurance.

However, for most small firms in the UK, the issue of interest rate swaps is probably the one that has had the most impact not only on the sector itself but on its relationship with the high street banks.

Simply put, swaps are insurance policies designed to protect against the risk of higher interest rates. The problem arose when interest rates started to fall as the Bank of England tried to kickstart the recovery. This left those companies who had been sold swaps as part of their loan agreements with bills typically running into tens of thousands of pounds and facing big penalties to get out of the deals.

When firms started to complain about this, the response was that it was a commercial arrangement that they had agreed and nothing could be done. Many then claimed that they had been placed under undue pressure into buying these complicated products by the banks as part of the conditions of borrowing. Moreover, they were given very little time to examine the potential consequences of a highly complex product that most experienced bankers themselves would have had difficulty in understanding.

Initially, the banks refused to appreciate the seriousness of this situation, much in the same way as they had denied other problems such PPI insurance agreements. But thanks to the work of MPs such as Aberconwy’s Guto Bebb, sufficient pressure was put on the regulatory authorities to do something about this issue.

And on further in-depth examination, the Financial Conduct Authority (FCA) found evidence of poor practice by the banks in terms of these interest swap products. These included a failure to understand whether customers understood the risk of participating, poor disclosure of the costs of leaving the scheme, and a failure to be impartial in providing advice on interest rate swaps. The latter was not surprising given that bank employees were often highly rewarded and incentivised to sell these high risk products to small firms.

As a result, the FCA ruled that the banks had missold interest rate swaps to about 40,000 firms and that the potential compensation could reach as much as £10 billion. The latest data shows that customers had accepted only 1,040 offers of compensation by the end of 2013, with banks wanting to close down this latest scandal by the end of May, even though it took them an entire year to make the first payout after the FCA had ruled against them.

This means that many small firm owner-managers that have suffered financially because of interest rate swaps may not even get redress because of the fact that most of the products were sold before 2008 and there is a six-year limit to seek compensation under UK laws.

Given what has happened, that would be grossly unfair and I would urge MPs to ensure that the chief executives of Royal Bank of Scotland, HSBC, Barclays and Lloyds all make a statement guaranteeing that, regardless of any limitations on the period to claim compensation, every business that has lost out because of the interest swap scheme will be fully compensated.

Not only will such a pronouncement ensure that justice is done for those firms that create wealth and jobs in our local economies, it may be a decision that finally starts to build trust again between the business and banking communities in the UK.
banks Interest rate swaps SMEs