AFFORDABLE AND FLEXIBLE LOANS FOR SMEs - LESSONS FROM IRELAND 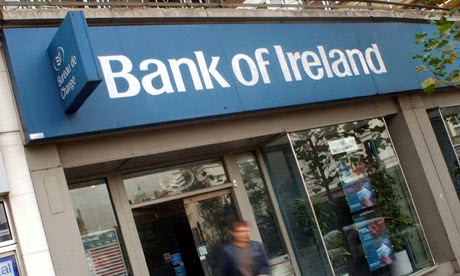 Since the 2008 financial crisis that led to the worse economic downturn since the 1920s, the high street banks have introduced more stringent rules regarding credit availability that have reduced the terms of loans and the affordability to many businesses.

For example, whilst the average length of a commercial banking loan was approximately nine years for accounts opened in 2008, this was shortened to approximately five years in 2009, and has continued at that level since thus making lending less affordable to many businesses. Indeed, the latest Banking Taskforce Appeals Process Review for the UK has shown that for bank lending above £25,000, nearly half of the businesses cited affordability as the key reason for banks declining their request for a loan.

Whilst it seems that little is being done to address the issue of affordability of finance in the UK which is restricting funding to many SMEs, the Irish Government has recently decided to deal with the lack of credit being made available to businesses by setting up the Strategic Banking Corporation of Ireland (SBCI) in October 2014.

With a fund of €800m, its aim is to offer special low cost financial products, through third parties, to those Irish SMEs looking to invest in and grow their business.

Last week, it was announced that two banks, namely the AIB and Bank of Ireland, will be offering new products to help support small firms.

One of these is the investment and working capital loan which will be offering a discounted interest rate and loan amounts up to €5 million for periods between two and ten years. However, what is important about this new scheme is that the interest rates charged on loans will be 4.5 per cent per annum, which is up to 2 per cent cheaper than current market rates. As a result, a five-year €400,000 business loan is likely to cost an SME borrower €15,000-€20,000 less than the current market cost over the lifetime of the loan.

The development of this product certainly contradicts those who believed that such low cost loans could not be made available to SMEs through public sector support, as has happened here in Wales since 2008.

All of this sounds great in theory but how will it work?

One of the examples given by the SBCI is that of a group of established entrepreneurs that has come together to launch a joint venture that would manufacture a product new to Ireland.

Their proposed business venture will add value to agricultural sector waste products that are normally a cost for farmers and food manufacturers and when the business is up and running, it will employ twelve people.

As this is a new idea and has not been developed in Ireland before, a new factory has to be built. The machinery will cost €2million, will have a life span of 15 years and the project has a payback period of six years.

At the moment, their bank will only offer these entrepreneurs a three-year loan which puts greater demands on the project and reduces the firm’s chances of success as there are steep loan repayments to be made monthly over 36 months. Even though the project is profitable, the repayment schedule increases the risk of failure.

This is where the SBCI can now step in with a possible loan facility that could provide a six-year loan so that the repayment cash outflow each month is a lot less than their bank’s current three-year repayment. This reduces the risk to the business and increases its probability of success as cashflow problems, even with a profitable firm, can cause it to cease trading.

This type of common sense intervention is long overdue and the result will be cheaper and accessible funding to Irish SMEs that will be delivered through a wider range of financial institutions than is currently available in the Irish market.

And whilst only two banks are participating at this time, it is expected that the scheme will be expanded to include smaller existing bank and non-bank funding providers and provide other types of funding mechanisms.

Therefore, the Irish experience shows that by having the public and the private sectors working together, flexible lower cost loans can provided to small firms. As a result, those involved in providing financial support across this side of the Irish Sea may wish to look carefully to see how this approach will be implemented over the next few months and consider how it be adapted for the needs of businesses over here.

Certainly, with businesses still struggling to get access to finance five years after the recession, there is an even greater need for government to work closely alongside the banks to address the gap between the funding required by SMEs and the amount that a financial institution is able to lend under its credit criteria.
access to finance banking banks development bank for Wales Ireland SMEs