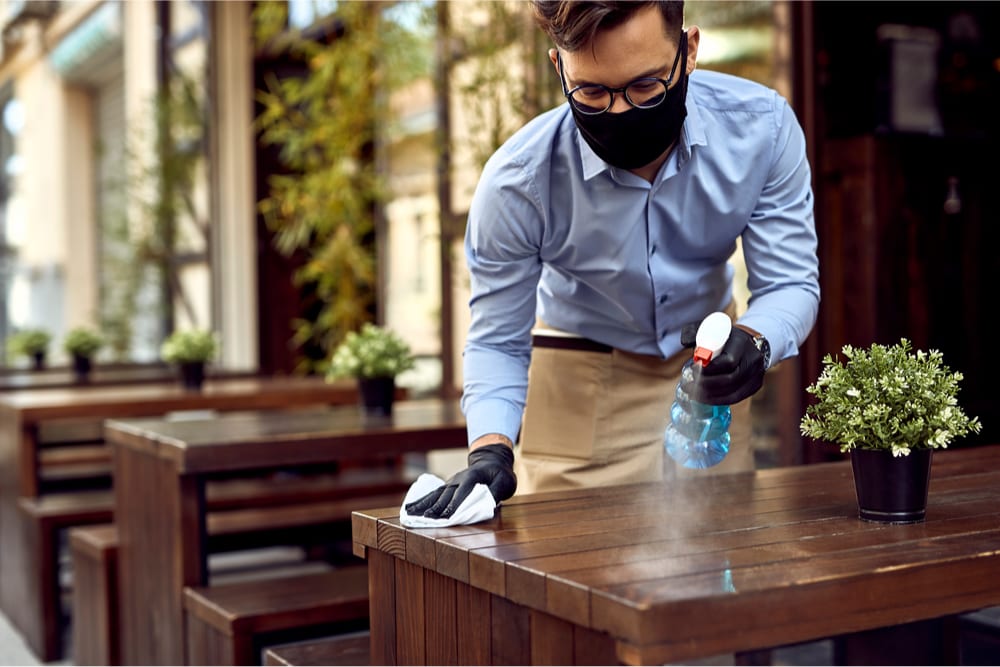 Earlier this week, the hospitality industry in Wales again set out a safe and sensible pathway to the Welsh Government for opening pubs and restaurants across the country, boosting the tourism industry that is so important to the economy at this time of year.

Despite this, these calls again fell on deaf years with the Welsh Government arguing that the science did not support, at this stage, any further easing of restrictions although it also did not provide any specific scientific information to the sector as to why this was the case

So is following the science a good enough reason for continuing the lockdown of this vital industry?

Let’s take, for example, the issue of facemasks. Researchers have shown that wearing masks can reduce transmission of the virus by half and yet Wales remains one of few nations globally that has yet to make wearing masks on public transport compulsory or even to encourage their use in crowded public places.

Indeed, as Dr Anthony Fauci - America's top infectious disease expert - said a few days ago, "Plan A: Don't go in a crowd. Plan B: If you do, make sure you wear a mask." Yet, Welsh ministers were again in the media last week stating that the rationale behind this was evidence which “suggested” that the wearing of face coverings gave people a false sense of security which makes them less careful about social distancing and handwashing.

This is despite the science actually showing that the aim is the opposite namely that using a mask is actually about protecting other people in case the wearer is unknowingly infected but does not have symptoms (as many don’t).

And what about re-opening schools in Wales?

We know that here it is a matter of addressing the educational needs of children who have not had any teaching for months with many and risk falling behind in terms of attainment and opportunities if this situation continues.

Many, including myself, believe this was the right decision in terms of education but what about the science? Dr Frank Atherton – the chief medical officer in Wales – stated publicly that instaed of re-opening schools next Monday, he would have preferred to delay this until late August "to give us a little bit more time".

Yet, the Welsh Government rightly went against this advice despite the concerns of their senior medical advisor.

Finally, what about mass gatherings in Wales? The Black Lives Matter movement is vitally important in addressing both now, and in the future, the institutional inequalities that exist across our society.

Racism has no place in a modern multi-cultural Wales and the time for addressing these issues is long overdue. It is right that people should protest against this iniquity and yet according to the scientific advice of the Welsh Government’s own laws, any mass gatherings are banned in Wales and there can only be meetings outdoors with one other household.

Therefore, as these three examples show, Welsh Government can, where it feels it is necessary, balance the science against other priorities.

So why does it continue to ignore the pleas from the Welsh hospitality sector to relax restrictions and enable them to open as soon as possible?

Is it really the “science” given that, pubs and hotels open on 3rd July in Northern Ireland, pubs and restaurants open in England on 4th July and beer gardens open on 6th July in Scotland?

If so, it is only right that Welsh Government makes it absolutely clear to the business community why Wales is doing this differently to everyone else? More relevantly, is there unanimous agreement around the Cabinet table in supporting these decisions?

Yet again, the First Minister has quoted the “many economists” that believe that we should not re-open the economy too quickly.

That is all well and good but perhaps he should instead start speaking directly to the thousands of businesses that face going to the wall for the simple reason that they cannot trade because to restrictions he has put in place that not only places Wales at a competitive disadvantage but, more crucially, could destroy an industry that employs tens of thousands of people and is at the heart of every community.

The fact that only a quarter of firms in the accommodation and food industry are currently trading (as compared to 80% of firms across the economy) speaks volumes as to why it is critical to get this industry up and running.

More importantly, the evidence shows that continuing these shutdown measures will hit the youngest workers the hardest with over a third of all Welsh employees under the age of 25 working in a sector that is currently in shutdown.

I know that the Welsh Government believes it is doing the right thing and it is easy to use scientific advice as the rationale for keeping the status quo. However, it has shown with the re-opening of schools that the education of our children must be considered as important in the light of such science and that schools must be trusted to look after those in their care.

Given this, it is time that the Welsh Government trusts those who have poured their heart, soul and life savings into their businesses to look after their staff, their customers and their communities. It must also work with them closely to get the economy up and running again.

If it does not, then all the support that it has rightfully put into place will be for nothing if the economy in Wales ends up facing a tsunami of deep unemployment, tens of thousands of young people without a job and business closing their doors for good.