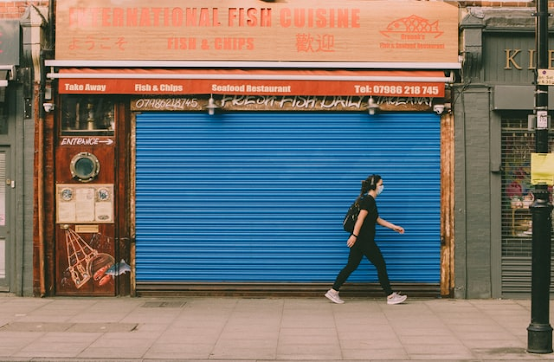 For over twenty years, the Global Entrepreneurship Monitor (GEM) has collected data from 115 economies around the world in an attempt to understand entrepreneurs and their impact on economic development.

Earlier this month, it produced a detailed report from 54 countries which examined the effects of the COVID-19 pandemic on entrepreneurs and entrepreneurship in general.

Not surprisingly, it found a general consensus in a number of areas such as that a number of key business sectors had been hit hard across the World including tourism and hospitality, the airline industry, arts and entertainment, event management, construction and many consumer services.

It was also noted that a number of sectors had not only survived but also thrived at the same time including food, pharmaceutical products and logistics with some specific parts of the technology industry having done well out of the shutdown.

For example, edtech had benefited as universities, colleges and schools moved online and health tech had grown because of the demand from patients for online consultation. In addition, fintech firms had profited as consumers and businesses moved to digital payment systems because of hygiene concerns and electronic administration grew massively as organisations, especially in the public sector, went online.

With nurseries and schools closing down, the GEM team around the world felt that female founders had shouldered a heavier burden as they cut their working time to support online education at home. And while entrepreneurs with no children were taking advantage of the opportunity to minimise commuting and save costs through working virtually, those with young families had found themselves less productive during this period.

Not surprisingly, whilst entrepreneurs were reassessing office space and use, they were also concerned about the personal and psychological effects of their staff working from home with loneliness, anxiety and an expectation, albeit wrongly, from employees that they should be available all of the time.

What was particularly interesting was the analysis of the emergency measures undertaken by governments across the World.

As in the case of the UK, enormous and historical levels of state funding were committed to supporting economies during the pandemic although this generally depended on the wealth of the nations. Indeed, whilst the wealthier countries were more able to commit funding to emergency measures, the report found that, as with most crises, developing nations found it difficult to respond not only fiscally but because of the lack of developed health and social security systems. The impact of the pandemic was exacerbated further if those countries had other challenges such as terrorism, corruption, social upheaval or national debt, as was found in Argentina, Burkina Faso and Chile.

Whilst protecting the health of citizens and preventing their health systems from collapsing was at the forefront of all government responses, the reaction to the economy had been largely the same across the World with measures to avoid mass unemployment and a downturn in consumption that would lead to business closures, job losses and mass hardship.

As in the UK, some of the interventions favoured by governments included extending deadlines for filing or paying taxes with many introducing stimulus packages to encourage greater consumer spending and ensure that businesses survived.

The other main measure was focused on creating a subsidised leave of absence - such as the furlough scheme in the UK - or government-paid “work from home” programmes to assist employers in retaining their employees during lockdown. In fact, a fifth of all the workers in Europe’s five largest economies were furloughed using state aid during the lockdowns.

Another popular scheme by many governments was direct payments to individuals to incentivise continued consumption, avoid early evictions and safeguard social systems

In addition, as saw with the CBILS and the Bounceback loan schemes, banks were encouraged to introduce programmes to lend money to businesses at reduced rates although a number of countries had noted that not enough had been done to stimulate entrepreneurship during the pandemic

And what about the future of entrepreneurship around the World?

The respondents in the GEM report are not optimistic for the short term with  unemployment projected to reach 10% across most economies by the end of this year, young people bearing the brunt of job losses and women, especially those who are self-employed, being disproportionately affected because of the sectors being hardest hit.

In addition, the imposition of social distancing and the psychological changes in the way people will now behave will clearly have an impact on activities such as shopping, leisure and travel, with knock-on effects for businesses operating in those sectors.

At this stage, there is little consensus on whether the ‘new normal” will engender a positive change and whether new industries will rise to replace those that have been affected during the pandemic.

However, it is clear that some of the massive changes in business and consumer behaviour will not be reversed. This includes the digitisation of government, online education in both schools and universities and more distributed supply chains using technologies such as blockchain, 5G and robotics that will lead to greater de-globalization.

Remote working and online interactions are also likely to become the norm not the exception and this will need entrepreneurs to support a whole range of areas from developing new workspaces, compensating for educational gaps and helping elderly people who are increasingly isolated. The need to reskill and upskill the workforce especially in digital competences in a post-COVID-19 world will also lead to new opportunities to support this development.

Therefore, the GEM report has illuminated the challenges faced by businesses around the world during the last six months. However, it has also shown that entrepreneurs can, through their flexibility, resiliency and responsiveness, take advantage of the changes that economies and societies will need to adapt to over the next few years.