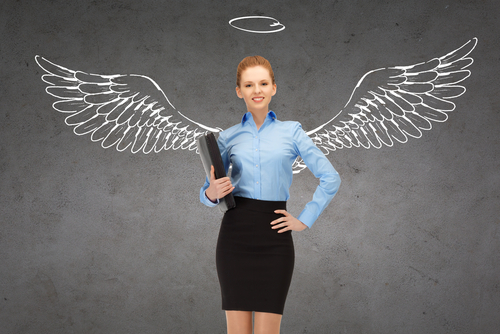 One of the major concerns from the tech sector when the Covid-19 pandemic hit was that the availability of funding into those businesses that can grow quickly in knowledge-based sectors would be dramatically curtailed as individual and institutional investors withdrew from the market.

This was the main reason why the Chancellor of the Exchequer introduced the £500m Future Fund to provide government loans of £125,000 to £5 million to equity-funded UK-based companies which would then be matched by investors.

Whilst this intervention would have been largely targeted at formal venture capital companies, very few informal individual investors would have directly benefited given the lower levels of funding they provide.

However, these business angels are critical to any economy as they often are the ones who will put up the money for high risk investments into new exciting companies that the banks tend to ignore. More importantly, the better angels not only invest money but often, as former entrepreneurs, provide previous business expertise and sectoral experience that can be invaluable to growth.

Given that many of these individuals invest privately into businesses, it is often difficult to obtain any real data on their activities although a recent report published earlier this week by the British Business Bank has attempted to fill in the blanks on this important piece of the funding jigsaw for entrepreneurs in the UK

Utilising data from a survey of over 650 angels across the UK, the study shows that this group of investors currently provide high-growth businesses with around £2bn of funding annually although, as would be expected, the majority of business angels are located in London and the South East of England. In contrast, the devolved nations had a far lower proportion of informal investors namely Scotland (6%), Northern Ireland (1%) and Wales (1%).

This suggests that many areas of the UK are still missing out on the benefits that angels can bring to local and regional entrepreneurial ecosystems despite the £100m Regional Angels Programme established by the British Business Bank in 2018 to develop clusters of angels outside of London and the South East England.

But geography is not the only problem regarding the make-up of business angels.

According to the survey, the average angel investor is male, White, aged 55 years on average and based in London and the South East of England. However, this gender bias seems to be slowly changing with a perceived increase of female investors over the last three years and greater co-investment with female angels within syndicates. Similarly, whilst ethnic minority investors remain underrepresented, the numbers have gone up.

Whilst many would have expected investors to stop their activities during the Covid-19 pandemic, business angels have continued to support entrepreneurs. This is not only through making new investments but, equally as important in a time of crisis, increasing their engagement with their investee businesses and thus bringing their experience to bear when companies need it the most.

With over half of the business angels surveyed reporting a negative impact on their investments from Covid-19, this could affect the value of any follow-on investments for businesses looking to grow further. However, the good news is that despite the economic uncertainty, three quarters of business angels remain confident about the future both in terms of the value of their portfolio and also the opportunities for further investment, with half being open to adding to their portfolio even in the current climate.

Indeed, whilst the pandemic could have potentially changed the sectoral focus of angels regarding their investments, it would seem this is not the case with the same six industries -  healthcare, digital health and medtech, biotech, life Sciences and pharmaceuticals, Software as a Service (SaaS) and fintech -  continuing to receive the most attention.

More relevantly, nine out of ten business angels still look to the quality of the entrepreneurial team and their skills and experience when deciding to invest in a business although half also place importance on the potential societal, environmental or local impact of investments when seeking opportunities.

Therefore, as the UK economy struggles to come out of the current recession caused by the pandemic, it is critical that those sectors of the economy that have the most potential for job and wealth creation in the future are supported properly. Certainly, it would seem that business angels continue to have an important role to play in providing the investments needed by early-stage knowledge-based firms although much more needs to be done to ensure that their impact is felt more widely outside the more prosperous parts of the UK.