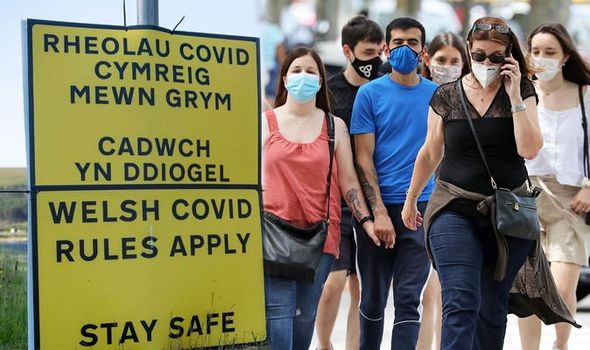 Back in late January, I was having a cup of tea with one of Wales’ leading businesspeople who had been keeping an eye on the emergence of a new flu-like virus that was spreading like wildfire through the Chinese city of Wuhan.

He showed me a video of people shouting from their locked apartment blocks in the middle of the night and suggested that this could be a serious situation that could get out of control quickly, advising me to buy some high-quality personal protection masks as soon as possible.

Of course, when I did and told friends and family, this naturally resulted in a lot of leg pulling at my over-reaction to something happening thousands of miles away that would never affect Wales.

Fast forward six weeks later and everyone was trying to get hold of facemasks as the whole of the world went into lockdown and nations faced the first serious global pandemic since the Spanish Flu outbreak in 1918.

Since then, we have seen the country shut down, re-opened and now shut down again as the UK and devolved governments have tried to balance the health needs of the population with that of maintaining economic activity.

With the UK economy facing the worst recession since the Great Frost of 1709, the response from governments has been unprecedented.

In Wales alone, there has been an estimated £3.1 billion in grants and £1.8 billion in loans distributed to Welsh businesses between March and October 2020 - over three quarters of this has come through the UK government via programmes such as the furlough scheme, bounceback loans and the self-employment income support scheme.

Whilst the overall amount given to businesses looks eye-watering, it is worth noting that a recent study showed that the tourism industry in Wales alone has lost £6 billion in income between January and October 2020 with a fall of two thirds in the number of visitors. In retail, it is estimated that £2 billion is now being lost every week across those shops that have been banned from selling non-essential goods over the Christmas period.

Clearly the decision has already been made to close down much of the economy again for the foreseeable future and there is little that can be done to change anything until the current health situation improves.

However, that does not mean that preparations should not be made for the future and the most important thing now is to do everything possible to ensure that once restrictions are relaxed, Welsh businesses are in a position to not only recover but to grow and create jobs to replace those lost during this year.

In particular, one thing that must change is the impression (rightly or wrongly) that the future of the economy is in the hands of the Welsh Government alone and the main worry I have heard from many of those in business that I have spoken to over the last few months is that there has been little sympathy to their concerns as the pandemic unfolded.

Indeed, the comment I have heard time and time again is that in every meeting they have attended, Welsh Government officials have been largely on ‘transmit’ mode rather than a ‘listening’ mode.

That may be an unfair observation but when those who have been in business for years are desperate to contribute their experience and expertise to help the economy in which their firm is based, it is not difficult to imagine the frustration generated when this is largely ignored.

This seems to have been most prevalent with regard to those industries that have been hit hardest by the pandemic namely the retail, hospitality and tourism sectors that have been disproportionately affected during the various lockdown and firebreaks.

Certainly, mistakes have been made in not working more closely with those businesses that have ensured they have done everything possible to keep their customers, staff and communities safe.

For example, you have to wonder why the focus has been on using the example of outliers such as a single working men’s club where 33 people were infected rather than that of the entire 200 pub estate of Brains Brewery which has served 850,000 customers and had only five instances of NHS Test and Trace ringing pubs to report a visitor had tested positive.

In addition, many would have listened with incredulity that, when non-essential shops had to be shut with a few hours’ notice, the advice was that toys could instead be bought from local newsagents which, I must admit, was a first for me.

This, of course, at a time when small shops - that have normally allowed only one or two people wearing masks at all times onto their premises - have had to close for Christmas.

But we are where we are and as we enter 2021 with the roll out of a vaccine that will hopefully result in the re-opening of the economy, there will be major challenges for Welsh firms not only in trading but in dealing with the massive hangover of the last ten months that will have affected the majority of businesses.

As the Welsh Government looks to hopefully change its focus from keeping the nation as safe as possible to dealing with revitalising an economy that has been battered by events beyond its control, it must now make every effort to listen and work closely with the business community to create the prosperity and jobs this nation will need desperately.

Certainly, that will be the New Year resolution that I, and many others, will be looking for as we enter 2021.