PRESIDENT BIDEN, COVID19 AND CHINA - THE CHALLENGES FOR THE USA 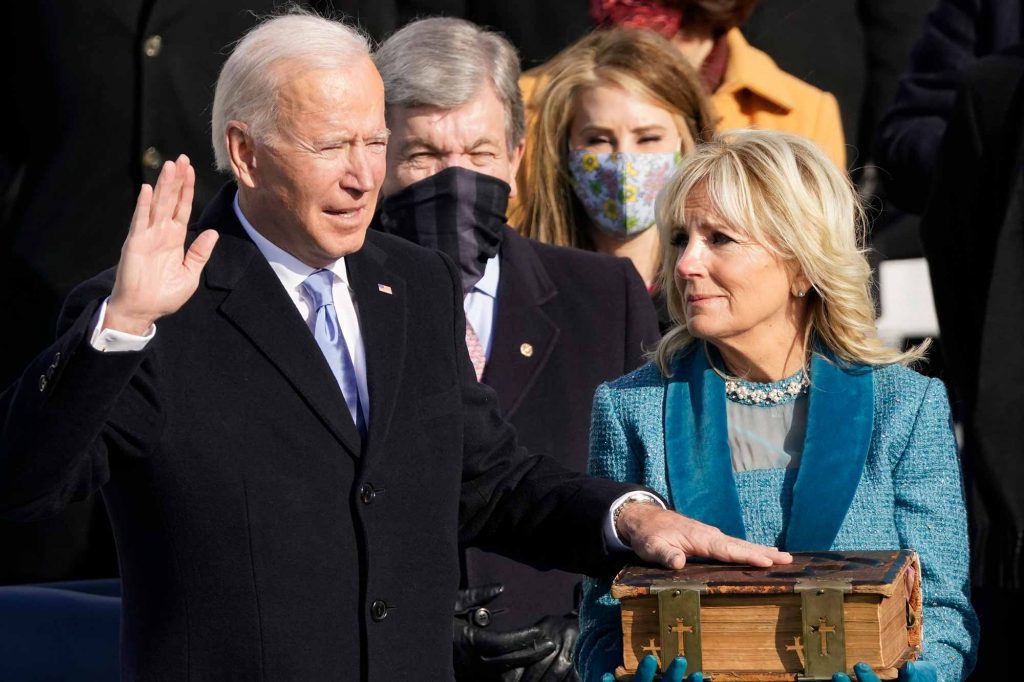 After what many would call the most surreal four years in American politics, some sense of normality was restored to the United States last week when Joe Biden was elected as the 46th President on the steps of the Capitol Building in Washington where only two weeks earlier, supporters of Donald Trump had begun their protests against the results of the presidential election.

In what is still clearly a divided country politically, the new president will have a mountain to claim to bring people with deeply contrasting opinions to even listen to each other, never mind creating a consensus which many can live with.

However, that challenge – which was at the core of the inauguration address - will have to take second place to the immediate economic challenges faced by Mr Biden, challenges that will have an impact not only on his own nation but also the rest of the global economy.

Clearly, his first priority will addressing the Covid-19 pandemic and the damage it has caused to the American economy since March, mainly as a result of his predecessor’s insouciance towards the biggest global health crisis since the 1920s. Not only does the USA have 25 million cases of Covid 19 and 400,000 deaths from the virus, but the introduction of a vaccination programme intended to save lives and reopen the economy is far behind what was expected. In fact, some critics have argued that the pandemic has exposed a creaking infrastructure across the USA that, due to a lack of investment, has been unable to deal sufficiently with the pandemic.

And as in every other country, but obviously on a far larger scale, the biggest challenge for Joe Biden will be to control the spread of the virus without further damaging economy that is suddenly in considerable difficulties. For example, only half of the 22 million jobs lost in March and April last year when the United States locked down have returned and the situation seems to be getting worse. For example, the US economy is now losing more jobs than it is creating for the first time since the pandemic began with over 140,000 Americans losing their jobs in December.

To turn this around and stimulate a moribund US economy, it is expected that the new administration will borrow $1.9 trillion with the aim of speeding up the vaccination programme, reopening schools and providing support to people and businesses. Indeed, each US taxpayer will receive $1400 each (on top of the $1800 already given out by President Trump since March) and small businesses are expected to get an additional $15 billion in grants and $35 billion in low-interest loans. Whether that will be enough is still open to debate especially as the new president called these eye watering sums a down payment on what was probably needed in the future.

The next challenge for the new administration will be China and here is where it is expected that the same general approach will be taken as with Trump albeit in a more nuance way. For example, the incoming secretary of state, Tony Blinken, recently stated that he thought that whilst President Trump was right in taking a harder approach to China, he had gone about it the wrong way.

Economically, China remains the biggest challenger to the USA and it is clear now that whilst Donald Trump felt that the best way to deal with this was through a trade war and the banning of Chinese companies – most notably Huawei - from operating in the USA. However, rather than impacting on the Chinese economy – which ahs grown during the global pandemic – this has had an impact on the gloable conomy as a whole as both individual businesses and industries have been affected by the sanctions both countries have imposed on each other.

With the Democrats keen to emphasise their support for human rights in China, it is unlikely there will be an instant thawing in the relations between the two countries which are already at their lowest levels since the 1970s. However, if the global economy is to recover after the pandemic, America and China – as the two largest economies in the world, will have to find a way to co-exist together.

Finally, what does a Biden administration mean for the UK? Now that we have left the European Union, there was a hope earlier this year that Trump would have signed some sort of trade deal prior to leaving.

That is now way down the list of priorities for the new President as Covid-19, China as well as other domestic problems will be at the forefront of his mind for the foreseeable future.

Nevertheless, there are some areas of common interest between the UK and the USA, most notably in terms of the environmental agenda and the need to rebuild the global economy. Given this, the fact that Britain will be hosting the G7 Summit and UN climate change summit in Glasgow means there are opportunities to forge stronger links in the future

Certainly, this could be the perfect opportunity, after what many would admit was a surreal experience since 2016 in diplomatic ties with one of our closest allies, for Boris Johnson to show that the special relationship with America is still relevant to Britain's economic future and, more importantly, for Mr Biden to do the same.