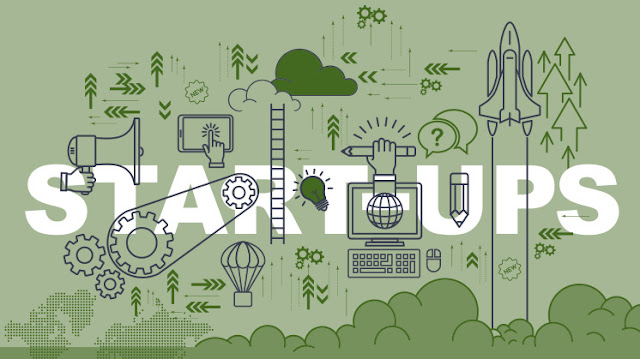 When I launched the 2020 Wales Start-up Awards earlier this year, some wondered whether this was the right thing to do given that the economy had gone into full lockdown at the end of March.

I mean, how many new businesses would be set up business during a pandemic and, indeed, wouldn’t people avoid any type of entrepreneurial activity under such circumstances.

According to the Centre for Entrepreneurs' annual analysis of Companies House data, a record 772,002 new businesses were established in the UK in 2020 representing a totally unexpected increase of 13.3% on the previous year although there was not and even pattern of new business formation from March to December.

For example, the index (which is produced using the Companies House register of live UK limited companies) showed that in April 2020 when the whole of the UK was under the strictest lockdown measures, the number of new businesses in the UK fell by 29% as compared to 2019, with Scotland and Northern Ireland experiencing a decline of 45%.

By June, the UK (including Wales) had recovered with a growth of 47% as compared to the previous year. This pattern continued throughout the rest of 2020 with all nations and regions experiencing growth in the number of startups despite further lockdowns and firebreaks by the different governments.

With different degrees of restrictions across the UK in 2020, it is not surprising to find that entrepreneurial recovery across the four nations. Whilst the number of new firms in England grew by 14.3%, the other three nations experienced sharper falls in business formations during Spring and slower recoveries during the rest of the year. Indeed, Wales and Scotland grew by only 5.6% and 2.1% respectively whilst Northern Ireland managed to launch fewer businesses in 2020 than in 2019.

Within Wales itself, there were 19,583 new businesses created in 2020 and there were significant differences across the economy with 36% of all new startups based in the three cities of Cardiff, Newport and Swansea.

There were also a number of hotspots across rural wales where the number of new business had increased significantly as compared to 2020 including Carmarthenshire (34.6%) and Pembrokeshire (22.8%).

By sector, the index suggested that there had been a boost to new firm creation in the so-called “Covid economy’ with considerable growth in a number of relevant sectors including disinfecting services (230%), manufacture of workwear (167%), retail sale of medical goods (146%) and the manufacture of medical instruments and supplies (111%).

With the move to trade online being forced onto many businesses as a result of the various lockdowns resulting in buying trends changing, the number of new consumer businesses also increased significantly with startups in the wholesale and retail industry making up a quarter of all new startups. This represented a growth of 61% as compared to 2020 with 23% being online businesses, double the number in the previous year.  In particular, those sectors that has seen particular growth included mail order/internet retailers (105%), sales of computers, peripheral goods and software (99%), sale of sports goods (98%) and games and toys (89%).

Given the fact that only 25% of hospitality businesses were trading during the lockdown, there was clearly very few prospects for entrepreneurs to establish a new firm serving this market. For example, there was a decline in business formations of  new clubs (-34%), pubs and bars (-19%), and hotels and restaurants (-16%) and a fall in those involved in managing events, conferences and operating tours (-23%).

That is not to say there weren’t opportunities created for others with takeaway food shops and mobile food stands growing significantly and even within the tourism sector that was locked down for most of 2020, some took the plunge to set up new camp sites, chalets, guest houses, and B&Bs to cater for those unable to travel internationally.

Therefore, whilst there has been general doom and gloom regarding the economy over the last ten months, the one glimmer of light is that the record number of entrepreneurs that have started businesses across the UK during the most difficult conditions and despite all of the challenges that businesses have faced.

With many predicting that the economy will go through difficulties before it starts to grow again towards the end of this year, it will be these new businesses that will be at the vanguard of ensuring that there is a sustainable economic recovery over the next twelve months and beyond.