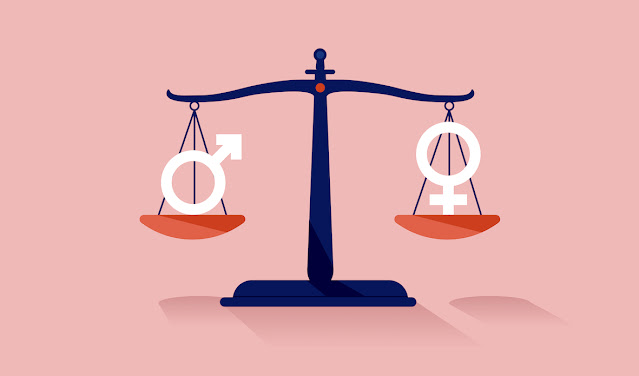 As many reports have noted during the last few years, achieving gender equality between men and women can make a real difference to economic prosperity across the World.

dimensions (Economic Participation and Opportunity, Educational Attainment, Health and Survival, and Political Empowerment) and tracks progress towards closing these gaps over time.

Whilst it would be natural to expect this gap to close every year, the 2022 report suggest that there has been slowing down in the achievement of equality across the World and this has been driven largely by a decline in large countries. This means that, given this data, it will take over 135 years to close the gender gap worldwide.

Of course, this gap is not the same everywhere with Iceland yet again leading the way as the most gender-equal country in the world. Indeed, the other four leading countries are also small nations such as Finland, Norway, New Zealand and Sweden. Unfortunately, the United Kingdom is ranked only 23rd globally in terms of the gender index with developed nations such as Namibia, Rwanda and Nicaragua being higher in this year’s index.

Most of this difference and slowdown across the World is down to a lack of political empowerment with the report showing that across the countries examined, women represent just over a  quarter of all parliamentary seats worldwide and only 23% of ministers in government, it is incredible to consider that in 2022, there are 81 countries that have still to have a woman as head of state. Fortunately, the gap is closing, albeit slowly, and this is being driven by democratic changes in smaller countries.

The good news from the report is that the global gender gap in educational attainment is almost closed and it will take less than 15 years to close this. Similarly, women are at 96% of parity with men when it comes to health and survival.

However, in terms of economic participation by women, there has been only a small improvement since last year and, on current progress, it will take two and a half centuries to close this gender gap across the World.

Whilst the proportion of skilled professional women continues to increase in most countries, there remains a lack of women in senior leadership positions (with women representing only 27% of all manager positions) and there is a long way to go to ensure that there is wage equality with men in many industries.

According to the report, one of the key reasons for the lack of progress in economic equality over the last year has been the impact of the pandemic on the labour market. This has disproportionately affected women in work with a higher increase in female unemployment and a decline in the hiring of women into leadership roles.

In addition, the closure of the economy during the last two years combined with additional burdens within home life due to school closures and lack of care services means many working women have also had to take on a higher level of ‘unpaid’ work to look after children and elderly relatives, leading to stress and anxiety in their actual job. For example, whilst men globally take, on average, three days of leave (paid or unpaid) from their job for such duties, women can take over three months.

The focus on digitalisation has highlighted the massive gender gaps that exist in many of those sectors which are expected to grow and prosper in the future. Whilst some creative sectors do show gender parity, those that require disruptive technological skills fail this test. For example, women only make up a third of those working with data and artificial intelligence and this falls to 14% of the workforce in cloud computing.

Therefore, there is a real danger that unless significant policy changes are made by policymakers across the World, there could be significant impact on future economic opportunities for women which would lead to worsening prospects in those sectors that will create jobs in the future and, as a result, lower incomes as compared to men.

To counter this and to boost economies through gender parity, a number of recommendations are made by the report including equitable access to care leave for men and women, a greater focus on overcoming occupational segregation by gender and effective mid-career reskilling policies combined with sound, unbiased hiring

However, the key recommendation is the development of “Gender Gap Accelerators” as a partnership between the public and private sectors to identify, scale and develop

These would look to reskill women to be ready for reemployment in high-growth sectors and improving work quality and pay standards across those industries where low-paid essential work is dominated by women.

They would also enable greater participation by women in the labour force by encouraging more flexible work arrangements that support diverse workforces and encourage targets for women in leadership in both governments and businesses to break down the barriers to get more women into management and leadership.

Since economies around the world have begun to recover from the economic ravages caused by the Covid pandemic, there has been a lot of talk about “building back better” by many economists, politicians and opinion-makers.

Yet as this report from the World Economic Forum on gender equality clearly demonstrates, the only way we can really make this happen is to ensure that half of the World’s population is given the opportunity to contribute properly to economic growth through breaking down the barriers that currently hold them back from doing so.